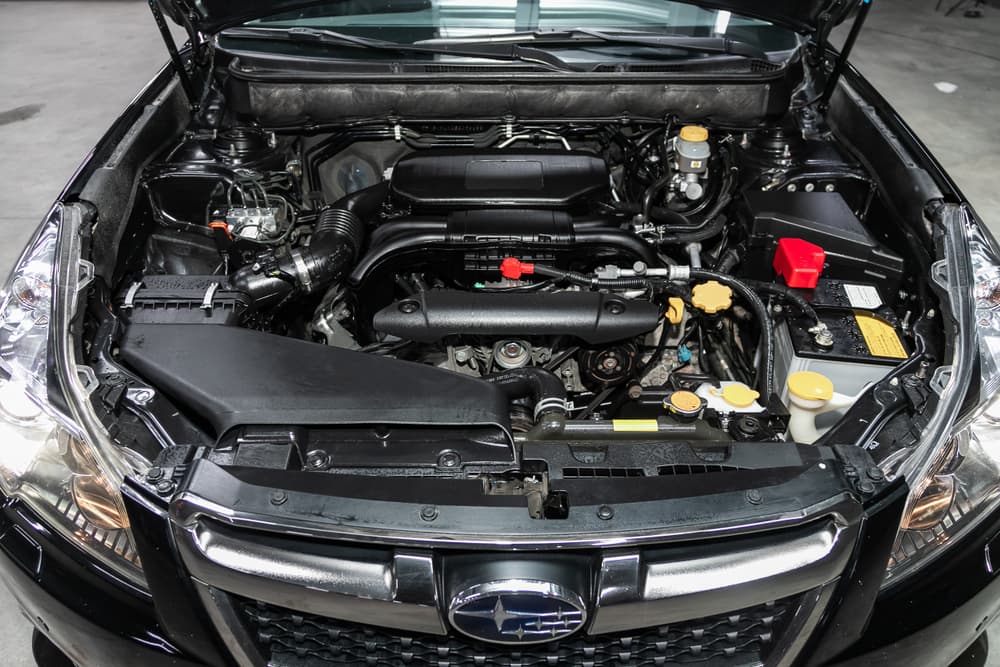 Subaru or its dealers can request an oil consumption test to assess if the vehicle uses excessive oil. Subsequently, the dealer may approve replacing the defective parts, e.g., the short block, to rectify the oil consumption problem.

Excessive oil consumption makes the engine run low on oil, which leads to reduced performance, increased fuel consumption, and potential engine damage. Worse still, your vehicle can stall on highways, a potential safety hazard to you and other road users.

That said, consider consulting a  California lemon law attorney who can advise your options and help you seek reprieve from Subaru.

Here is what you should know about the Subaru oil consumption test.

Checking the engine oil levels is a straightforward method of conducting a Subaru oil consumption test. Although dealers have technicians who oversee the test, it’s not rocket science.

First, they check and change the oil and note it down on the service order. They’ll then request you to return after 1200 miles for another check-up. In the first instance, they could overfill the oil reservoir, so check the oil levels to understand the initial status of your vehicle.

For the second step, the technician parks the car on a flat surface, removes the dipstick, and cleans it to remove deposits. After that, they re-insert and extract it to check the oil levels. After a refill, the oil levels should be at the full/hot mark.

Your oil consumption is okay if the reading is lower than the maximum mark. However, if the oil levels are below the lower mark, there’s a problem.

It’s also possible to conduct a Subaru oil consumption test at home. The key is having a consistent way to check oil levels. For instance, drive the car into the garage and let it sit for about 20 minutes.

Then check the oil and note the date, mileage, and oil level. Repeat the procedure every few days or once a week. Follow the sequence for a few months. The information recorded over several months can help you conclude an excessive oil consumption problem.

Method 2: Blue Smoke Coming Out of the Exhaust

Blue smoke from your exhaust is a warning sign you should not ignore. Although several factors can cause it, it’s a sign that your car is burning excess oil.

You may find blue smoke in cars with unwanted oil mixing with the air-fuel mixture. It means there’s contamination in the cylinder, which consequently burns along with air and fuel.

The contamination may also be caused by engine wear on the cylinders, pistons, valves, and broken seals. Other engine parts like a damaged valve stem, seal, or guide may also allow oil from the valve above the cylinder head.

A damaged piston ring may also be the reason behind the blue smoke. Your car pistons can damage due to wear and tear or manufacturer defects. The worn pistons don’t seal tightly against the cylinder wall.

As a result, the tiny gap between the ring and the cylinder allows oil into the combustion chamber and burns.

You may be excited to hit the road for the day. However, to your surprise, you find a pool of dark oil flowing below your Subaru. That’s an engine leak. Sometimes, the car might have just a small engine leak which can be difficult to identify and easy to ignore.

Here’s how you can ascertain whether it’s an engine leak.

Lay down a newspaper or a white plate overnight to try and capture some of the drips. Alternatively, inspect if the liquid is truly an engine oil leak. You can easily identify engine oil as its amber, feels thin, and is slippery. Equally, its strong chemical odor stands out.

A leak from old engine oil can be dark brown to black with a granular texture. Even so, clean engine oil is vital for your car’s health. Also, avoid confusing engine oil with an anti-freeze leak.

The anti-freeze leak is either green, bright orange, or pinky and feels sticky.

The common causes of engine leaks include:

A degraded filter increases wear and tear of components like engine gaskets leading to leaks. Alternatively, if you fail to replace a filter, it may become clogged and fail to circulate the oil well.

When Can You Expect Excessive Oil Consumption

Sometimes, you can experience excessive oil consumption due to the engine’s demands. The volume and the frequency of consumption vary on the wear and tear, manufacturer’s tolerance, and usage patterns.

A Subaru model with higher usage or wear and tear may necessitate additional refills between service visits.

Here are a few reasons that can accelerate oil consumption.

Under the above conditions, consider checking the oil level more frequently. Changing the engine oil and filter more often is also a great idea.

A point to note: Subaru’s low oil level warning light is programmed to illuminate when the oil level is approximately 1.1 quartz. If you suspect your engine levels are low, it’s advisable to let the engine cool off for five minutes. Remember, the oil remains suspended while running and doesn’t fully drain until the engine cools off.

In reply to the excessive oil consumption problem, Subaru issued a service bulletin in August 2014 and revised it in October 2019.

As part of its dedication to customer satisfaction, Subaru of America agreed to offer the following reprieve:

Subaru agreed to pay 100% of the above costs if the affected owner provided reasonable proof of expenses. The manufacturer also approved a free oil consumption test for the owners or leases of the defective vehicles.

Can a Subaru With Excessive Oil Consumption Become a Lemon

A vehicle is considered a lemon if it has a serious defect that significantly impairs its value, use, and safety. What’s more, the fault should be covered by the manufacturer’s express warranty. More importantly, the defect should have occurred in the warranty period and not caused by unreasonable use after its sale.

According to lemon laws, Subaru should also be allowed a ‘’reasonable number of attempts’’ to repair the defects.

Ultimately, when the manufacturer fails to repair the vehicle after a reasonable number of attempts, they should either:

A Subaru with excessive oil consumption is a source of pain. It attracts additional costs for towing, repairs, rental cars, and regular oil fills. That said, working with an experienced lemon law attorney can help facilitate a quick and fair settlement.

At LemonLaw123, we’re highly knowledgeable and experienced in lemon law cases, which leads to our high success rate. Contact us online or call us at 657-220-6877 for a free case review.