Why Is My Nissan Altima Not Accelerating? 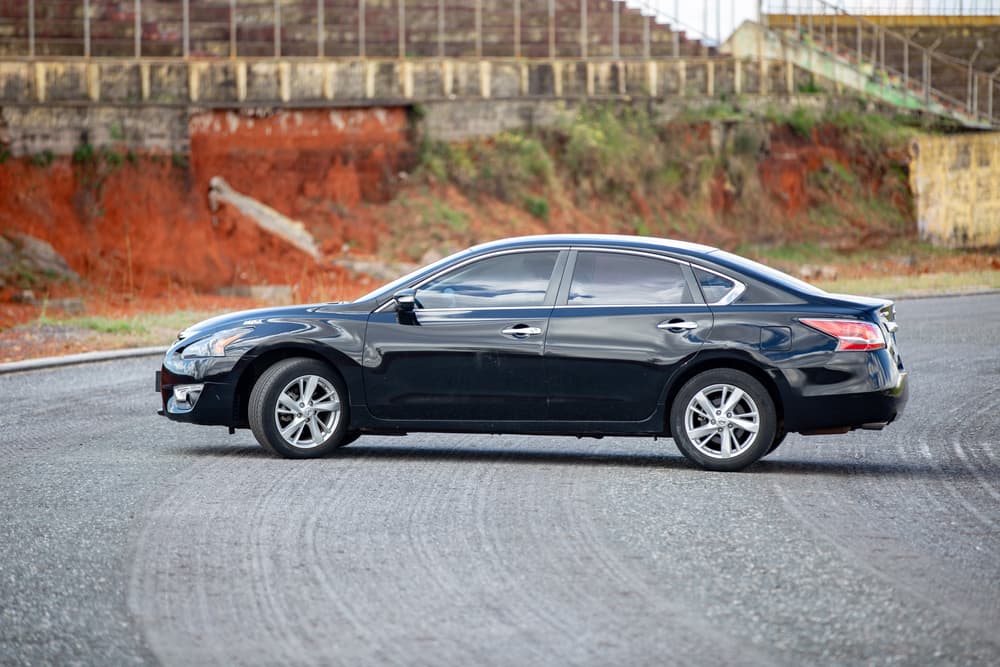 When you buy or lease a vehicle, you always hope it’ll give you the best service. However, it can develop problems. Nissan Altima, a luxury sedan, is popular for its sleek design and smooth driving experience.

Despite its excellent features, it’s equally famous for transmission problems. Many owners have registered complaints such as vibration, delay while changing gears, dysfunctional shifting, or complete transmission failure.

Moreover, they find it challenging to solve transmission defects. They make un-endless trips to mechanics and spend thousands of dollars on service and parts.

Fortunately, California lemon laws were enacted to ease the burden of vehicle owners who buy vehicles with warranty defects. If you’re dealing with a Nissan Altima with transmission problems, a California lemon law attorney can help you make a claim.

Here’s what you need to know.

Nissan Altima acceleration problems can manifest in several ways. Understanding these defects can help you find solutions. The information may also be vital when deciding whether to buy a Nissan Altima.

Here are the common acceleration defects.

Loss of Power During Acceleration

Some users complained that their cars suddenly lost power during acceleration. Sometimes the car can shut down entirely or become unbearably slow. In other instances, the Nissan Altima doesn’t go beyond 16mph.

Surprisingly, some vehicle owners experienced lost acceleration at 55 miles per hour. The affected vehicle didn’t respond when the driver accelerated the pedal, nor did it stop. When this happens at highway speeds, it becomes difficult to control, increasing the risk of accidents.

In addition, the car brake lights stayed on after releasing the brake pedal. The loss of power during acceleration is widespread in the 2013-2015 models. Lastly, the vehicle doesn’t display the engine code.

Delayed acceleration is a common complaint among 2016 Nissan Altima owners. Generally, the car doesn’t respond to acceleration once you press the gas pedal. The vehicle doesn’t move for a few seconds, even with increased force.

Once the vehicle responds to the force, it does so abruptly. It means, in one second, it’s not responding; the next moment, it’s quickly accelerating. The unexpected take-off is a safety concern that increases the risk of accidents.

The sporadic nature of delayed acceleration makes it difficult for technicians to replicate it. As a result, finding a solution from your local mechanic becomes difficult. Equally, Nissan has not issued any notification or recall about the defect.

Vibration or Shuddering Noises During Acceleration

Car owners have experienced unusual vibrations that appear at full speeds. Once the vehicle is at full speed on streets or the highway, it starts to shake or produce loud shudders. Nonetheless, a check engine light accompanies the problem.

The vehicle developed transmission problems two weeks after buying it. The engine consistently stalls, vibrates, and surges. The vehicle’s rpm abruptly accelerates, and the driver has no control. In some instances, the vehicle goes into ‘’limp mode’’, where it doesn’t accelerate or slow down.

While these episodes occur, the vehicle doesn’t display any warning light. The user doesn’t trust the vehicle for long distances. As such, they prefer to use an alternative means of transport, which is expensive.

The driver experienced a scary situation where the car suddenly jerked and started to shake. Then, the vehicle didn’t accelerate. The driver turned on the emergency lights to avoid being hit from behind.

The mph and rpm work inconsistently where the rpm rises but not the mph.

The affected vehicle occasionally developed a stalling problem after engaging the accelerator pedal. Before the vehicle stalled, it struggled to shift gears. While driving at 55mph, the accelerator pedal failed, forcing the driver to hit emergency brakes to avoid a collision.

Later, when the driver tried to resume standard speed, the accelerator failed. However, a few minutes later, the vehicle resumed normal speed. Generally, the vehicle hesitates most of the time on the road.

The complaint experienced two incidents—one hour apart—where the car would not accelerate. And, whenever it accelerated, it did so violently. As the driver tried to join the road after a pull-over, the accelerator failed, which was extremely risky.

Luckily, there was enough space between the oncoming traffic; otherwise, it would have resulted in a fatal crash. The driver recorded the incident twice and luckily avoided accidents on both occasions.

A well-serviced car with enough fuel should take off as expected. However, it may have trouble with the fuel or emission system if it accelerates slowly or hesitates. Consider an immediate check-up to reinstate your safety.

Driving a car with an acceleration problem is an extreme sport while trying to drive uphill, join an intersection, or merge into a freeway.

Here are the possible causes:

Although oxygen sensors are inexpensive, regular change and maintenance can save your car. The role of an oxygen sensor is to monitor oxygen emissions in your vehicle, which helps analyze the air-fuel ratio that enters the engine.

Subsequently, the sensor sends the information to the car’s computer. Whenever the sensor is damaged or defective, the engine cannot regulate the air-fuel mixture, which may result in slow acceleration or stalling.

With time, oxygen sensors become clogged due to the by-products of combustion, like sulfur, lead, oil ash, and fuel additives. As a result, they fail to send signals to the engine’s computer.

A fuel system ensures a steady supply of fuel to the engine. Equally, a healthy combustion process requires a sufficient air and fuel supply. With that in mind, the engine can develop acceleration issues when fuel is not delivered or is present in small amounts.

The delivery process may starve fuel to the engine when:

A problematic CVT is another reason behind acceleration problems in a Nissan Altima. Typically, when you accelerate, you should experience a smooth, constant, and seamless acceleration for your car.

However, if you lose power or encounter acceleration slips, that’s a sign of a faulty CVT. all models of Nissan Altima since 2007 have come with a Continuously Varying Transmission (CVT).

Interestingly most CVTs were not durable and came with defects that troubled Nissan owners. The CVT is worsened by low transmission fluid and a faulty stepping motor. It’s also prone to wear and tear or failure, contributing to acceleration problems.

A Mass Air Flow sensor is next to the inlet air cleaner and measures air inflow into the engine intake assembly. If it fails, it may result in automatic transmission problems like early soft shifts, late shifts, or no shifting.

How Can Lemon Laws Help

How Do Lemon Laws Apply

If the manufacturer or dealer fails to repair a severe warranty defect in your vehicle after a ‘’reasonable number of attempts’’, they must either:

The California lemon law presumption offers further guidelines to determine a ‘’reasonable number of attempts,’’ including:

The best way to know your eligibility is to speak with our legal team today.

A car with a defective acceleration power is a safety hazard to you, your family, and other road users. It could also create a delay as you plan a crucial business or social meeting. That said, it’s vital to seek the services of an experienced attorney to handle your lemon car case.

At Lemonlaw123, we have a high success rate in handling lemon cases, which gives us an edge.