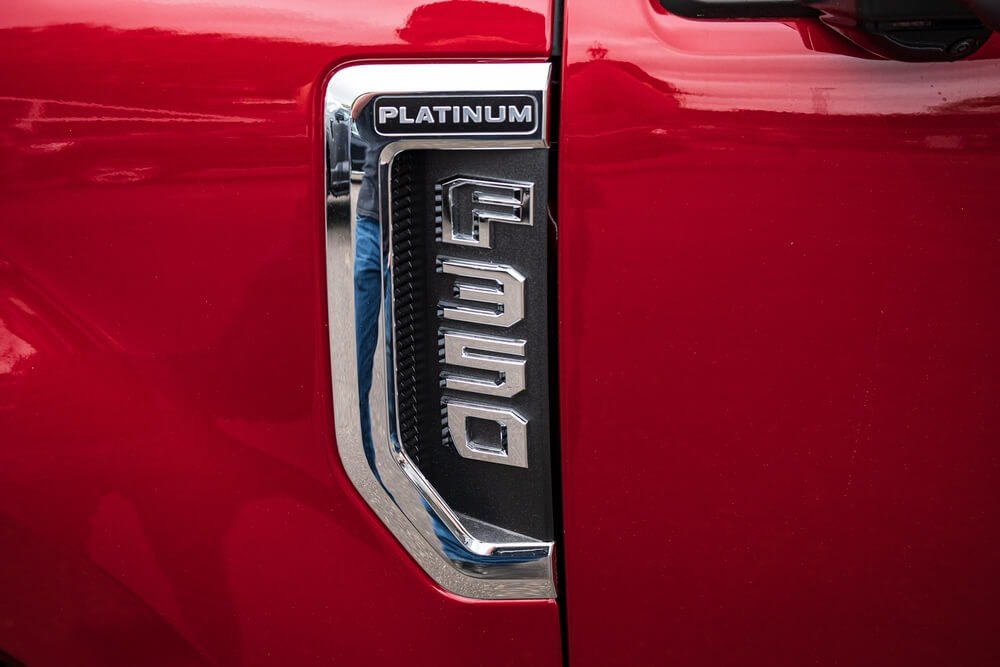 Ford prides itself on manufacturing reliable, powerful, and modern trucks. The company has invested heavily in product design, research, and development. As a result, Ford is an award-winning truck brand with a significant market share in the US.

Despite its success, in the last 15 years, many Ford trucks in the 350 & 250 super duty series have displayed a persistent suspension problem. When a truck with a defective suspension hits a bump or groove at highway speeds, it shakes violently, a condition famously known as death wobble. Consequently, the vehicle loses control or becomes difficult to steer, an experience that leaves drivers distraught.

Despite truck owners’ numerous trips to repair shops or dealers, most end up frustrated with no solution. Luckily, California has lemon laws enacted to offer a solution to consumers that buy or lease problematic vehicles—including Ford trucks 250/350 super duty series.

Here is more information about the problems some people have had with the death wobble in Ford trucks.

William Lessin, a San Diego, California resident, sued Ford Motor Company for its deliberate failure to correct the faults on Ford-250 and Ford-350 models from 2005 to 2019. Lessin, who bought his Ford Truck for personal, family, and household use, explained the truck had become a source of constant pain.

For instance, he had presented the truck to Mossy Ford, San Diego, for repair twice within three months. On both occasions, the manufacturer failed to recognize the defect or provide a solution to the problem.

As a result, Lessin suffered approximately $1,231 in out-of-pocket losses while buying spare parts and additional money for the vehicle’s lost value and other damages.

The class action attempted to cure the losses suffered by William Lessin, together with former owners and lessees of the Ford-250 and Ford-350 models from 2005 to 2019.

Here is a sample of complaints related to the case:

NHTSA ID: 10243184: As the owner was driving at 63 mph, the vehicle stuck a slight dip on the road, the steering started shaking violently, lost control, and crashed. The manufacturer didn’t provide repairs to the owner; instead, Ford advised the complainant to follow the TSB  instructions to repair the failure.

The problem began when the truck clocked 40,000 miles. It hit a small bump on the road and swerved left to right for approximately a second. The problem intensified over the next four months culminating in a loud shaking from the front left wheel.

Despite the owner’s futile efforts to replace the tires, dampener, track bar, and bushing, the truck didn’t improve. In January 2008, the owner experienced another death wobble incident after hitting a piece of black ice. Subsequently, the driver lost control, spun, and landed in a ditch.

The affected party lost control while driving at 60 mph due to violent shaking of the front end. The driver was forced to pull over and reduce the speed to 20 mph to regain control.

The episode occurred twice in a two-mile period. The frightening experience discouraged the driver from accelerating even when conditions allowed.

The driver experienced a violent shaking at the front end. The manufacturer recommended a wheel alignment and a change of tires. These changes didn’t solve the problem. While driving on the freeway, a slightly rough patch resulted in a violent shaking and eventual loss of control.

After clocking 14,000 miles, the vehicle started experiencing the death wobble effect. As the complainant drove at 65mph, the front end and the steering wheel shook violently. The driver lost control and was forced to slow down to approximately 30 mph to avoid an accident.

Being on a highway, the driver behind had to slam the brakes to avoid a collision. The driver experienced the death wobble shaking at least four times and believed it posed a real danger to his family.

Ford’s Concealment of the Suspension Defect

Although Ford acknowledged the suspension defect—death wobble—it failed to disclose the true nature and existence of the defect to consumers and class members. Approximately 337 complainants had expressly notified Ford that they experienced death wobble.

Surprisingly, Ford told 88 consumers they couldn’t identify the problem and hadn’t experienced it before.

Alternatively, Ford or its authorized dealers could acknowledge death wobble but identify the cause as something not covered under warranty. Such parts include tire pressure, balancing, rotation, or wheel alignment.

In other instances, Ford recommended ineffective parts in eliminating death wobble and charged its customers thousands of dollars.

Under implied warranty, Ford promised that the class vehicles were of merchantable quality and fit for corresponding use. In that regard, Ford implied that it manufactured, distributed, and sold class vehicles, and their suspensions were safe and reliable.

The warranty indicated that the vehicle would not experience premature suspension or steering failure. Contrary to the warranty, the class vehicles at the time of sale were not fit for ordinary or intended purposes. In addition, they didn’t provide reliable, durable, and safe transportation.

To that end, the Ford 250 & 350 super-duty trucks had design and manufacturing defects.

Ford Breach of Written Warranty Under The Magnuson-Moss Warranty Act

However, Ford breached the warranty by:

How Do You Fix Death Wobble in Ford Trucks?

Many truck owners have visited Ford mechanics several times to repair or replace front-end parts. Unfortunately, most of these fixes lasted for only a short while before the death wobble re-emerged.

Finding spare parts associated with design or manufacturing defects is equally a challenge. Moreover, those truck owners who’re fortunate to find them pay a premium. With that in mind, any repair effort by a truck owner doesn’t take away the warranty liability from the manufacturer.

Ideally, the manufacturer should recall the vehicles and fix the defect temporarily. In addition, the truck owners should honor the service contract to solve these defects.

How Can California Lemon Laws Help?

Each state, including California, has instituted lemon laws to regulate and oversee manufacturers’ management of lemon cases.

California lemon laws were designed to provide reprieve to vehicle owners or lessees who’ve suffered the inconvenience of defective vehicles. These statutes apply the lemon law presumption that activates after a manufacturer fulfills a  ‘’reasonable’’ number of repair attempts.

The covered cars include:

California lemon laws have no set number; however, it has guidelines that determine whether a manufacturer has made a reasonable number of repair attempts.

Here are the guidelines:

If the manufacturer doesn’t repair or fix a significant warranty defect after a reasonable number of repair attempts, they must either:

In addition to the death wobble causing a frightening experience, affected owners can experience frequent breakdowns and expensive repairs. Unfortunately, regular repairs are costly and greatly inconvenience your everyday life.

You, therefore, need an experienced lemon law attorney at LemonLaw123 who can seek the rightful relief you deserve. Contact us online or call us at 657-387-0440 for a free case review.