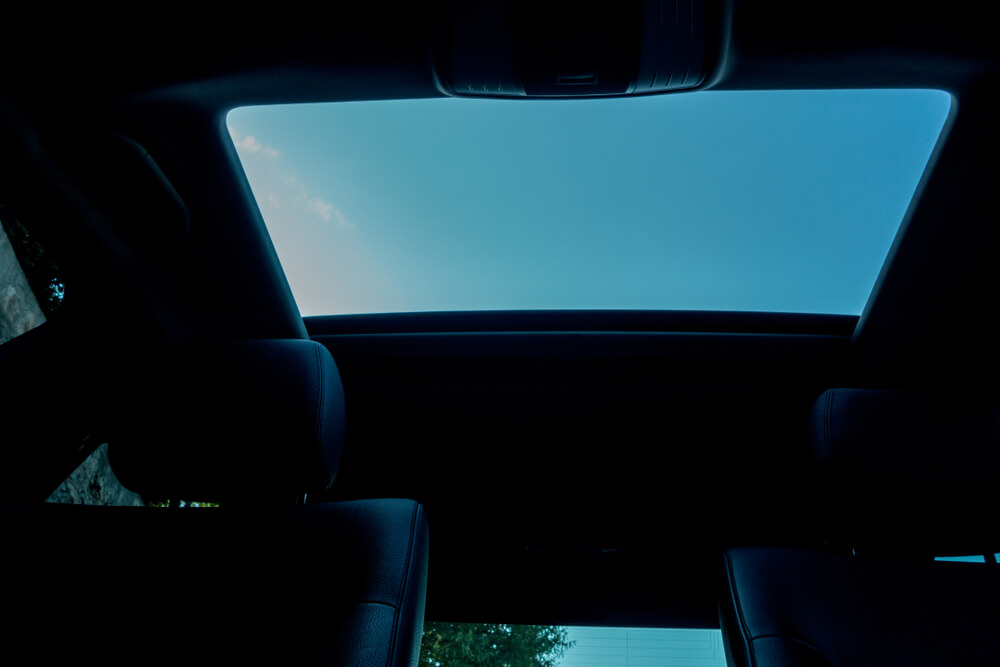 Mercedes Benz recalled approximately 750,000 vehicles from 2001 through 2011 due to defective sunroof glass that could suddenly detach. According to the recall notice, the bonding between the sunroof glass panel was too weak to hold it in place.

The sliding roof frame on specific Mercedes Benz models doesn’t meet quality specifications and can come out easily. If the glass panel separates, it causes a risk of injury or death to occupants or others on the road.

If your Mercedes Benz has sunroof problems and is not on the list for a recall and free repair, you could be in for a rough ride. Typically, manufacturer defects re-occur frequently and require expensive parts that are difficult to find.

California lemon laws are designed to protect consumers who buy a problematic vehicle—known as lemons. A California lemon law attorney can determine whether you are eligible and help you pursue compensation from the manufacturer.

The affected consumer owned a Mercedes-Benz 350, with the incident occurring in 2019. While seated, the driver pressed the sunroof button to open the glass panel, but instead, the glass panel collapsed inwards.

The driver took the vehicle to a Mercedes-Benz dealer in Mississippi, where it was diagnosed and repaired. The vehicle developed the sunroof problem after clocking a mileage of 31,941.

The affected owner noted an abnormal sound that was coming from the sunroof. In addition, the sunroof glass panel allowed air into the vehicle despite being closed. Upon contacting the authorized, the dealer informed the complainant that the replacement part for the recall repair was unavailable.

The contact was driving at 60 mph when the sunroof exploded and became partially open. At first, it rattled and then shook violently before exploding.

The incident occurred in November 2021, after the July 2020 recall. With that in mind,  the consumer felt the manufacturer should have included the model in the recall list. Upon reporting to the dealer, the consumer was informed that the recall couldn’t apply because it was an explosion.

The affected owner reported that water entered through the sunroof and damaged the car computer. After taking the car to an authorized dealer for repair, they were denied service.

Moreover, the manufacturer had exceeded the reasonable time for repair recall.

The incident occurred in January 2021 in Bethany, CT. While driving at regular speed, the sunroof detached without notice. Although the dealer repaired the damaged sunroof, the complainant was charged— despite being covered by VIN.

In addition, the manufacturer exceeded the reasonable time for repair recall.

While driving at regular speeds, the affected driver heard a strange rattling from the sunroof before it came off. After reporting the issue to the dealer, the complainant didn’t receive help because the recall repair wasn’t available.

The sunroof failed when the vehicle had clocked 40,000 miles. Interestingly, the manufacturer advised the contact to avoid driving the vehicle before the dealer completed the repair.

At least 79 Mercedes-Benz models are affected by the sunroof recall. These models include C-Class, wagons, CLS-Class, E-Class sedans, coupes, and CLK-Class.

Examples of affected vehicles include:

A point to note: Mercedes-Benz models C-Class, CLS-Class, E-class, and CLK Class manufactured in 1999 to 2010 are not on the recall list. Even so, they may be subjected to a recall if their sunroofs have been repaired between 2001 and 2011.

The movable glass panel(sunroof) may separate from the vehicle and become a road hazard. According to the recall report, the vehicles with the defective sunroof were installed with a sliding roof frame that easily deteriorated and came out.

The recall commenced in July 2020. Mercedes-Benz USA, LLC is obliged to notify the affected owners. On the other hand, authorized dealers will inspect glass bonding and replace the sunroof— if necessary— free of charge.

Common Hazards of Having a Defective Sunroof

A defective sunroof accelerates water leakage into your car. The common causes include worn-out seal rubbers or clogged drain tubes. A functional drain tube is vital in directing water away from the sunroof.

The water may leak into the cabin if it becomes clogged with dirt or debris. Unfortunately, water leakage may cause extensive damage to the car’s electrical or computer system.

When your sunroof comes off, it causes the car to heat up, initiating significant damage to your cabin. Unfortunately,  high temperatures degrade the appearance and durability of leather or plastic seats.

Protection of New and Used Mercedes Buyers Under Lemon Laws

Under California lemon laws, if a manufacturer or a dealer doesn’t repair a serious warranty defect after a ‘’reasonable’’ number of attempts, they must either:

A dealer or manufacturer must refund or compensate for a defect or condition that significantly impairs the vehicle’s value, use, and safety. More importantly, the law of presumption applies if the dealer doesn’t find a solution.

The California Lemon law of presumption uses the following guidelines to determine whether a manufacturer or dealer has fulfilled a ‘’reasonable’’ number of repair attempts:

Despite spending top dollar to acquire a luxury Mercedes-Benz, it can turn problematic. In addition to the risk of the sunroof glass panel coming off, you might regularly incur additional expenses like car rental charges when the car is in the repair shop.

It’s, therefore, essential to partner with an experienced lemon law attorney from LemonLaw123 to pursue a replacement or refund.